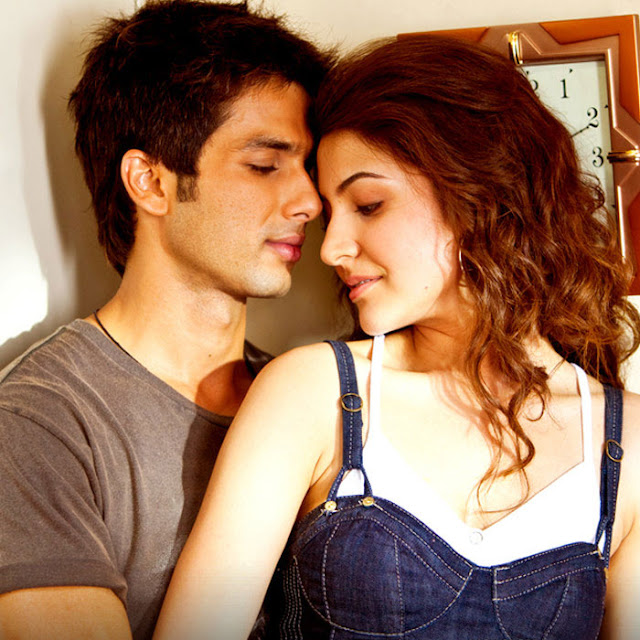 After playing a simple girl-next-door, Anushka Sharma has gone in for an image makeover in "Badmaash Company" where she not only wears stylish clothes but also has a kissing scene with Shahid Kapoor. 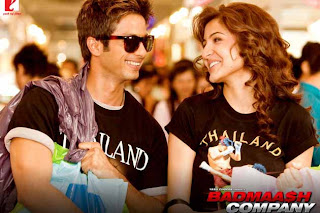 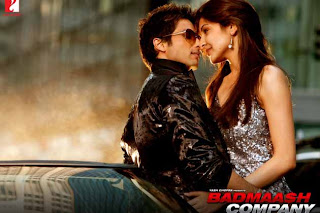 The model-turned-actress says the script demanded it and it wasn't meant just to attract attention.

"I don't see it as a kissing scene. It's a part of the screenplay. I think cinema is changing and we are not doing (kissing) for the heck of it. We do not need to do this (kiss on screen) to attract attention," Anushka told in an interview.

"When you see the film, the kind of chemistry Bulbul (her character in the film) and Karan (Shahid) share, the kind of love that's there between them, you will be able to understand that the scene was justified," said Anushka, who made her debut as a small town girl in "Rab Ne Bana Di Jodi" opposite Shah Rukh Khan.

The 22-year-old claims the audiences will be able to relate to the characters in the film as all of them represent the middle-class dreams.

bollywood,bollywood movies,new bollywood movies,bollywood new,bollywood films,indian movie,hindi movies,hindi movie,actresses,movie actress,hindi films
bollywood actress,bollywood actresses,bollywood wallpaper
"This film is about four friends, their relationships and the trials they go through to achieve their goals. All the characters are extremely relatable because they come from middle-class families with big dreams and aspirations. We have all been like that. Their dreams are really big. They have not got any patience...They want to do it right away," she said.

Set in Mumbai of the 1990s, "Badmaash Company" is about four youngsters who start a business and find a way to beat the system.

Anushka's gang in the film comprises Shahid, Vir Das and Miang Chang. And she says they gelled well.

"When we travelled outdoors, we got to spend time with each other...We hung out, ate out, went to the pub. Good that we got along very well because it was a pre-requisite of the film," said Anushka.

"Badmaash Company" is actor-turned-director Parmeet Sethi's first outing as director. Anushka says Parmeet knew the characters inside out, but was still open to others' ideas.

Anushka enjoys not being a trained actor because it allows her to visualise scenes naturally.

"I quite enjoy the fact that I'm not a trained actor...If you are experienced, you have a certain method of acting, but I haven't discovered that method yet. There is a positive side of not being a trained actor. When I get a scene, I see how naturally it should be done. People call it natural acting and that is also a method," she said.

Asked if she wants to explore any particular genre, she said: "No, I am not looking forward to any particular genre. I'm open to doing films of every genre and with different directors. There are so many things that I would love to do - a period love story or an action film."

But Anushka finds acting a difficult profession and says her hectic schedule leaves her with little time for her friends.

"I never wanted to be an actor. I wanted to remain a model. Had I wanted to be an actor I would have been more observant about actors. After 'Rab Ne...' I realised that it's a very difficult profession. You don't have time for your personal life, for your parents, and your social circuit becomes very small because you are working day and night," she said.
on May 06, 2010