Having already broken the record for the maximum number of centuries in a World Cup edition, Indian opener Rohit Sharma will be looking to break another World Cup record when he comes out to bat against New Zealand in the first semi-final of the ongoing tournament at the Old Trafford on Tuesday.
Having scored 647 runs in the eight matches so far in the ongoing World Cup, Rohit needs 27 runs more to become the highest run-getter in a single edition of the showpiece event, surpassing Sachin Tendulkar's tally of 673 which he scored in the 2003 World Cup in South Africa.
After Sachin, second on the list of highest run getters in a single World Cup is former Australian opener Mathew Hayden who had scored 659 runs in the 2007 edition in the West Indies.
Against New Zealand, Rohit will also aim to become the batsman with the most number of centuries in World Cups. He has scored six centuries in the 16 World Cup innings he has played so far in his career and jointly holds the record with Sachin, who had also scored six centuries in 44 innings of the World Cup he played. Third on the list of maximum hundreds is former Australian skipper Ricky Ponting who scored five centuries in 42 World Cup innings he played.
Earlier against Sri Lanka, the India Vice Captain broke Kumar Sangakkara's record of most number of centuries in a single World Cup edition. 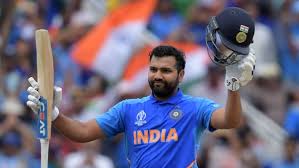 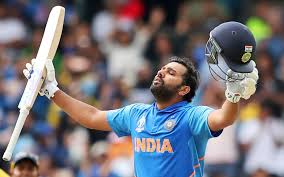