In 2016, Hyderabad's tennis sensation Sania Mirza played her last doubles match along with Martina Hingis, which happens to be the best phase of her career. More than a single player, she got a big breakthrough as doubles player only. Later in 2017, she lost many matches after pairing with another player and finally took a break from tennis due to pregnancy. 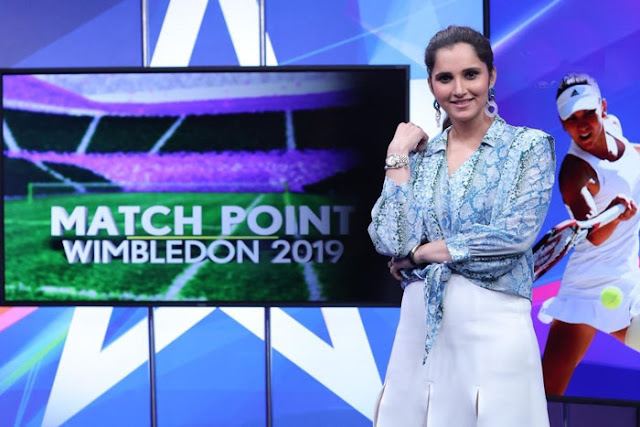 The way Sania has lost weight post delivering a baby, many thought that she is returning to Tennis soon, but to anyone's surprise she has taken up a new role. Joining a seasoned sports anchor as a consultant analyst, she is now appearing on the TV show 'Match Point' on Star Sports, to appear for the ongoing Wimbledon matches as a live speaker.

This is something unexpected from the sports starlet as many take up this job only after they retire. Earlier Sania has hinted that she will come back to tennis for 2020 Olympics and we have to see what happens by then.
on July 04, 2019