The poster shows Vijay Deverakonda riding bike in Singareni uniform and Aishwarya Rajesh who plays his wife walking behind him. Both are seen in dismay with full of disappointment in their faces.
The film’s teaser and couple of songs were well received. The makers are maintaining secrecy over Vijay Deverakonda’s various getups and his connection with four heroines. Apparently, they may not divulge the secret in trailer as well. 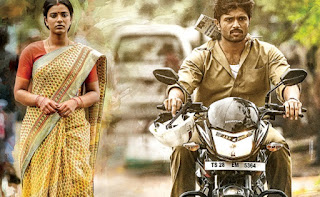 Raashi Khanna, Catherine Tresa and Izabelle Leite are the other heroines in the film helmed by Kranthi Madhav.
Scheduled for release on 14th of this month, World Famous Lover is produced by KA Vallabha.
on February 03, 2020