Barbara Mori and her son to star in a Mexican film

Barbara Mori's 12-year-old son Sergio will soon hit the big screen in a Mexican film, with his mommy. The movie is being produced by Barbara's production house. 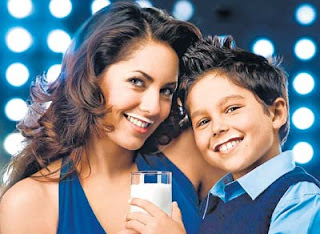 After having shot her first Bollywood movie Kites, the actress now plans to concentrate on her regional films, rather than on Hollywood.

A source reveals that Sergio who follows his mother's work closely is quite excited to face the camera.
A source close to Barbara adds, "Sergio has been on the movie sets from quite an early age. He is looking forward to shooting with his mom."


Sergio plays Barbara's son in the film. The movie is about a single mother finding love, late in her life. It will showcase the mother-son bond between the two.

However, this isn't the first time Barbara and Sergio will be facing the camera together. The two have previously done a commercial shoot for the global 'Got Milk ?' campaign.


Apart from shooting the film, Barbara will appear in a documentary on cancer survivors titled 1 a Minute.
Narrated by Kelly McGillis the film also stars Olivia Newton-John, Mumtaz and Lisa Ray.
on May 14, 2010