India celebrates as Ajmal Kasab gets the noose 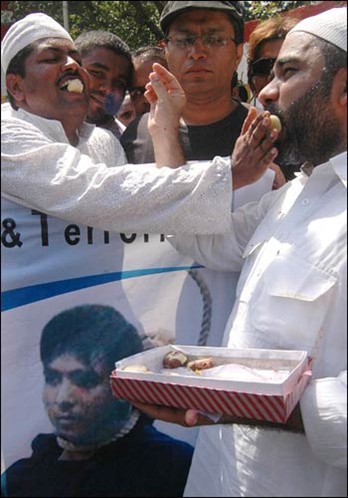 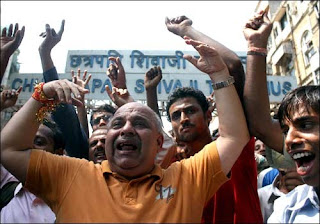 Indians, especially Mumbaikars, were out in the streets celebrating as the country felt vindicated by today's historic judgement. Thousands and lakhs of people were hooked on to the TV for the verdict and when it was finally delivered, they distributed sweets, burst crackers and hoped that he would be hanged real soon.

A man gets ready to burst fire crackers while other members of the Muslim community looks on at a rally to celebrate the special court's award of death sentence to Ajmal Kasab in the 26/11 terror attacks case, in Mumbai on Thursday.