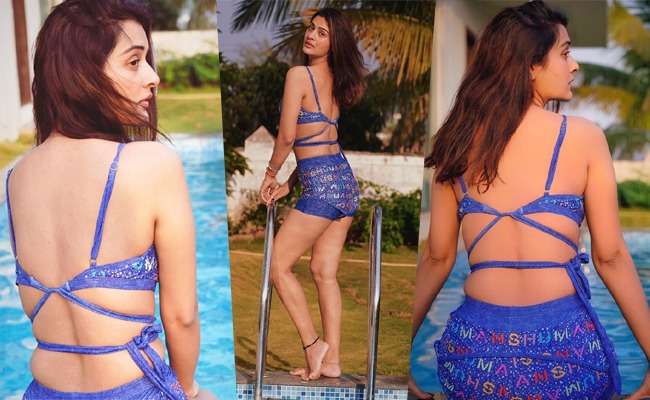 Payal Rajput, the RX100 lady is seen at the swimming pool wearing a blue swimwear.

She has millions of fans ever since her debut on Telugu screen and still she is known and identified with RX100.

Though she acted in a few films later like Disco Raja and Venky Mama her pairing up with the senior heroes gave her a senior image. Despite this, she has her own identity and popularity in Tollywood.

She regularly keeps her fans engaged with her pictures. These are the latest ones that have the potential to pull enough of eyeballs.

Right now on the work front she is busy with the Tamil film in making, "Angel". She was last seen on Telugu screen with the Aha release, "Anaganaga O Athidhi".