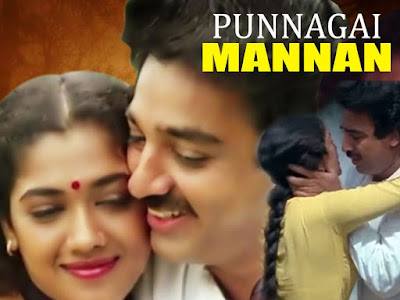 Whether Kamal Haasan's entry into politics amassed such craze or not, this lip kiss controversy about a scene that date backs to 35 years is now going viral everywhere. With the actress part of that kissing scene accusing that it was made without her consent, netizens are now demanding legendary Kamal to tender an apology.

In the 1986 film Punnagai Mannan that was directed by K Balachander, the opening scene of the film has Kamal and Tamil actress Rekha (originally Josephine) jumping from a cliff to death. Before the jump, Kamal kisses her on the lips, regarding which the actress recently commented that it was not a consented kiss. She stated that Kamal planted a kiss on her lips at the insistence of Balachander, and had they told her about it in prior, she would have never accepted it.

At the time of that film, Kamal was 32 years old while Rekha was only 16. But due to that kiss scene, her career took off to a flying start and she did more than 100 movies down South. She also did a few Telugu serials in recent times.  While netizens are blasting Kamal after her revelation, the actress maintained that she won't want to benefit from the controversy in any way.
on February 27, 2020